Non-fungible tokens have become one of the most popular investment assets. Collectors and gamers massively bought up NFTs in the hope of reselling them at a higher price or using them in the metaverse or as a tool of preferences included in the mechanisms of the project’s functioning. The development of the Play-2-Earn sector has expanded the scope of tokens, which can now be used as avatars or attributes in computer games. In addition, some NFTs can generate good returns through secondary sales. How non-fungible tokens are used today and whether collectible pictures have a future, we will consider the example of Cypherpunks.

The first NFTs were created back in 2017. It was at this moment that crypto-kitties and crypto-sharks appeared on the market, which was too primitive in their execution and game mechanics. In 2018, the idea of ​​creating Cypherpunks came up. The creators wanted to tell users about crypto encryption in an accessible form. But at that time it was something unusual and difficult for the average man in the street. Now it is a whole industry of cryptocurrency and blockchain with its own history.

Today, the original Cypherpunk collection has 30 unique NFTs traded on the OpenSea marketplace. Every week the issuing company releases a new unique cypherpunk, the price of which rises proportionally from lower to higher. The last cypherpunk issued was sold for 6.15 ETH, which is more than 27,000 dollars.

The developers explain the success of the Cypherpunks collection by the presence of historical context, as well as the limited number of copies.

“We have deliberately released a very limited collection of Cypherpunks to bring token holders to true digital art connoisseurs. The cost of NFT will gradually increase as the project develops”, comments founder M. Kubrick.

This winter, the company will release two more collections of NFT tokens that will be used in the new Play-2-Earn game, which is scheduled to launch in 2022.

“The new collections will include 3000 NFT and 30,000 NFT. In addition to being linked to the pool and blockchain, they will be used to participate in the Play-2-Earn game, which we will launch next year”, says M. Kubrick.

Cyhperpunk 30 NFT eligible to generate nodes on the blockchain, one of the last stages and most ambitious goals of the project.

Cypherpunk: rebels has 3,000 tokens. The sale of the NFT collection starts on December 15th. The owners are directly involved with the functional collection in the “Devouring pool”. Inclusion in the “founder’s bonus” pool at the stage of node formation.

Сypherpunk: anarchist has 30,000 tokens. Each user will be included in the “conceptualist” pool at the stage of forming the network of nodes.

Each NFT will be a unique character in the game, with a ranking system depending on the rarity of the collection.

In December, the company will start selling NFTs from the Cypherpunk: rebels collection. Therefore, today users can register in the white list and receive special conditions for the purchase of NFT.

The stablecoins that are changing the world of finance

In addition, the issuing company plans to issue its own stablecoin, which will “reflect the level of user confidence in the traditional financial system.”

“We can accurately measure and track how and at what rate the US dollar loses its initial value relative to itself. After all, the value is trust in the current government and the US economy. If now we see (take figurative values) that confidence in the dollar is equal to 100 units, then with the same certainty we can say that the value of 110 is 10% more, the advance of 10% is an understandable advance, but there is a simple conclusion that it is higher than 100 % of the advance is already forced connivance. The advance payment of 100% was passed a long time ago, we give one more chance and start the countdown over again”, commented M. Kubrick.

Algorithmic stablecoin based on the Reverse USD index.

USDR is a token whose price is the expression of the Reverse USD index. A person issuing USDR from USDT receives the number of tokens corresponding to the index coefficient, for example, if the index reflected a 10% drop in the value of USD, this means that the rate became 1 USDT to 0.9 USDR, but with the reverse exchange at the same moment, 0.9 USDR will be changed to 1 USDT. The pool is closed within the USDT-USDR exchange, the usual dollars will always be available for withdrawal. The amount of USDT that provides USDR will always provide an equivalent exchange in the opposite direction, and if a person puts 1 USDT into the pool, he will receive 1 USDT back, even if the USDR rate is $0.1.

The CexToDex index will reflect the process of transition of the outdated centralized financial system to the new one – decentralized.

This index has a numerical value, the ratio is representing the total value of values ​​in two areas denominated in dollar values. Fiat currencies and derivatives are valued essentially in themselves or in the base currency of the US dollar. This indicator has an understandable nature and its growth is commensurate with the progress and general development of human society. There is also a process, the essence of which is partially described in the information accompanying the Reverse USD index can be described as an uncontrolled process of devaluation of common values ​​due to the devaluation of the currency in which almost everything in our world is now denominated. We will change this approach.

More information on how USDT-USDR works, games in the cypherpunk universe, and the future of blockchain can be found on the website and on social media networks of the project.

The creation and popularization of NFT are indeed changing the traditional finance market significantly. Non-fungible tokens are becoming not only digital collectibles but also used in the Play-2-Earn gaming sector. The widespread use of NFT allows users to profit not only from secondary sales but also through integration into the functional mechanisms of projects, such as games. 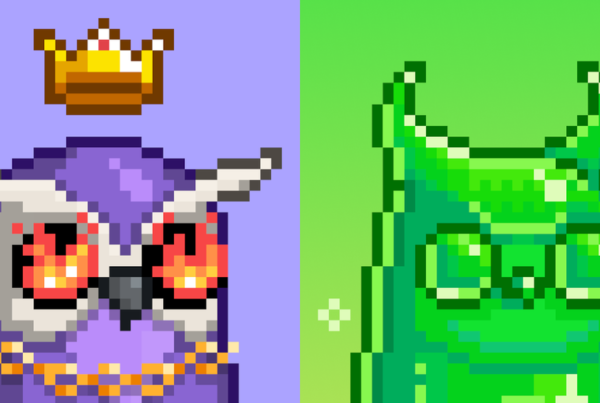 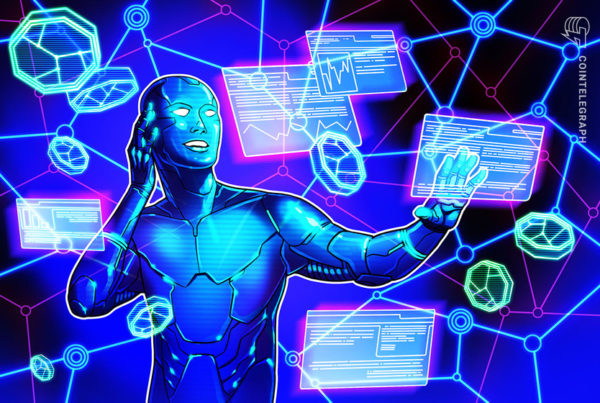