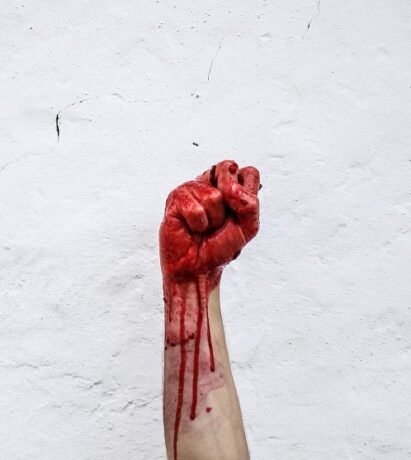 EOS and Block.One are back on the news. Is this one positive or negative, though? The EOS Network Foundation, a community-led organization, voted to decouple from Block.One. The ENF alleges that Block.One is no longer working for the benefit of the network. The company that created EOS will not get the 67M EOS that they had coming distributed over the next seven years. Even though the infamous Brock Pierce resigned from the company years ago, this will also affect his finances.

In The Present, What Does Brock Pierce Have To Do With Block.One?

This might’ve been the last straw. Just last month, Block.one announced that they were selling 45M EOS at a discount to one of Brock Pierce’s ventures.

“Today we are pleased to announce that we have agreed to transfer 45 million EOS tokens to Helios.

Led by Brock Pierce, Helios takes aim at serving the EOS community through several high ambitions, including creating an EOS Venture Capital fund, facilitating the creation of institutional-grade EOS financial products, supporting the creation of infrastructure, tooling and documentation for developers, and organizing community events around education, networking, and use case development.”

A pseudonymous Twitter user that broke the news, analyzed it as follows:

8.The #EOS community worked as one big DAO

A excellent example of democracy through voting and DpoS

He says that “Block.One went in to a deal to sell their vested EOS tokens for a discount to their previous associate Brock Pierce!” And that, to stop this behavior, “The EOS community worked as one big DAO. An excellent example of democracy through voting and DpoS.” Even though the ENF is not a DAO, this might be a good example of how Decentralized Autonomous Organizations should work. However, should a decentralized protocol be so easy to control? Should the EOS Network Foundation be able to roll back a smart contract just like that?

In any case, according to The Block, the company is not yet in control of the 45M EOS they promised Brock Pierce. “Eight million of the tokens were already vested and controlled by Block.one while 37 million are still vesting (meaning they haven’t been released by the network yet).” Is this transaction what the EOS Network Foundation wants to block?

EOS price chart on Coinbase | Source: EOS/USD on TradingView.com
What Did The EOS Network Foundation Want?

The ENF was negotiating with Block.One. According to The Block, their goal was to “get hold of the EOS network’s intellectual property.” However, one of Block.One’s side projects, an exchange called Bullish, owns the IP. And Block.One “wouldn’t publicly commit to getting the intellectual property back.” What did the company do instead? They announced this:

“In addition to the recently announced Helios transaction, today we are pleased to announce our intentions to offer the following grants of vesting tokens that are intended to be given over time, and subject to our token availability:

How did the EOS Network Foundation react? They wanted the IP, not tokens. So, they created this proposal, which was approved. The ENF director, Yves La Rose, took to Twitter to declare victory.

“Through a super majority consensus, the EOS network has taken its future in its own hands. This begins a new era for EOS and highlights the power of the blockchain to enable a community to stand up against corporate interests that don’t align with theirs.”

Through a super majority consensus, the EOS network has taken its future in its own hands. This begins a new era for #EOS and highlights the power of the blockchain to enable a community to stand up against corporate interests that don’t align with theirs. https://t.co/8l62MBG67C

The community spoke. They will roll back the contract and block the 67M EOS that Block.One had coming. Where does that put them regarding the EOS network’s intellectual property? Does the ENF have any chance of getting that IP now?

Featured Image by Valentin Salja on Unsplash | Charts by TradingView