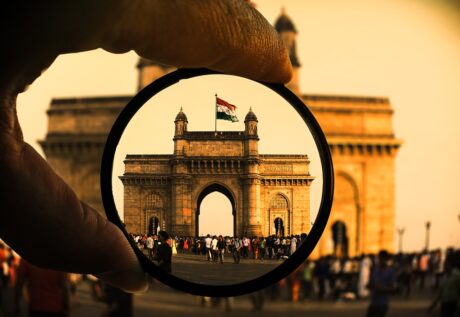 India Won’t Recognize BTC As Currency, Nor Does It Collect BTC Transaction Data

India continues its flirtation with Bitcoin and other cryptocurrencies. The Indian Parliament’s winter sessions started, and, as it turns out, BTC won’t be the star of the show. In fact, the lower house of the parliament asked the Finance Minister point blanc if there was a proposal to recognize Bitcoin as currency. The answer was a resounding “no.”

According to AMB Crypto:

“While more clarity is set to emerge in this context, some reports have claimed that the Indian administration is planning to make cryptocurrencies available as an asset. Additionally, others suggest cryptos will not be accepted as legal tender.

All of this information came in the form of a note. In that document, the Financial Minister also answered “whether the Government has allowed cryptocurrency exchanges as a legally permitted entity in India”:

“Cryptocurrencies are unregulated in India. RBI has vide its circular dated May 31st, 2021, advised its regulated entities to continue to carry out customer due diligence processes in line with regulations governing standards for Know Your Customer (KYC), Anti-Money Laundering (AML).”

So, as you can read, it’s the same old script the other countries are using. If that’s the case, what’s the cause for all the confusion?

Mixed Signals Coming Out Of India

NewsBTC has been on this case. Just three weeks ago, while discussing the India exchange’s remarkable growth, we said optimistically:

“Discussions around regulations started to arise back then. India’s crypto exchanges and investors participated in off-the-record meetings with law enforcement agencies and banks hoping to reach a point of amicability.

The expectations are for the government to classify bitcoin as an asset class and for the Securities and Exchange Board of India to regulate cryptocurrencies and bring clarity, closing the doors to another ban.”

However, just a week ago, we reported that the Reserve Bank of India “is set to launch its CBDC by December.” And what was that news seasoned with? A ban, of course:

“A bill was recently presented, and sets to shake things up for many of big name coins in India. The ‘Cryptocurrency and Regulation of Official Digital Currency’ bill will create a facilitative framework for an official digital currency to be issued by the Reserve Bank of India, and that will look to ban all private cryptocurrencies, which includes Bitcoin and Ethereum.”

It was a fair conclusion, considering. In early 2018, the Reserve Bank of India banned the buying and selling of cryptocurrencies by entities under the RBI’s jurisdiction.

The headlines from the recent session with the Financial Minister are those two. There’s no proposal to recognize Bitcoin as currency and the government doesn’t collect Bitcoin transaction data. Fortunately for them, the blockchain is an immutable ledger. They don’t have to collect a thing, it’s all there.

#Parliamentwintersession | FM In ParliamentNo proposal to recognise Bitcoin as a currency

In any case, AMBcrypto sees it as:

“A crucial piece of information, especially since some bodies associated with the ruling party had called for central regulation of crypto. For instance, Swadeshi Jagaran Manch’s (SJM) Co-convenor Ashwani Mahajan had suggested that crypto-data around mining and transactions be stored only on domestic servers.”

Reporting on the same session, Asian News International saw another angle. “This is a risky area & not in a complete regulatory framework. No decision was taken on banning its advertisements.”

This is a risky area & not in a complete regulatory framework. No decision was taken on banning its advertisements. Steps are taken to create awareness through RBI&SEBI. Govt will soon introduce a Bill: FM Nirmala Sitharaman on Cryptocurrency during Question Hour in Rajya Sabha pic.twitter.com/WwopPdBQHg

In another stage, former Finance Secretary Subhash Garg cleared things up. He created the bill that seemed to aim to ban all cryptocurrencies in India. Cointelegraph reports:

“In an interview with local news channel News 18, Garg clarified:

“[The description of the crypto bill] was perhaps a mistake. It is misleading to say that private cryptocurrencies will be banned and to intimate the government about the same.”

So, by “private cryptocurrencies” he didn’t mean Bitcoin or Ethereum, which have public blockchains. Got it.

Still, India’s confusion about cryptocurrencies is the main topic here. They don’t seem to know what to do about those pesky coins over there.