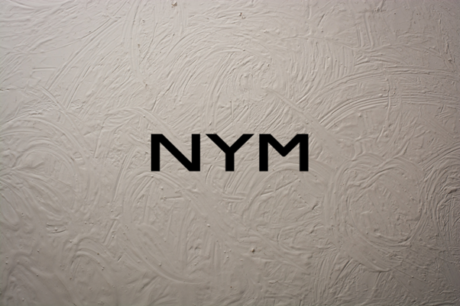 Blockchain-powered privacy web startup Nym Technology has raised $13 million in a funding round that puts its valuation at about $270 million.

The round was led by venture capitalist Andreessen Horowitz (a16z Crypto) with Grayscale’s parent company Digital Currency Group, Huobi Ventures, Fenbushi Capital, HashKey, Tayssir Capital, and over two dozen others participating in this round.

Nym aims to be the best fit for “bitcoin and Layer 2 solutions” and has plans to maybe even integrate its technology with protocols like Lightning Network, Nym CEO Harry Halpin said in an interview.

The fresh capital will be used for new hires as Nym aims to expand its eight-member team to nearly 4x. It has already recruited former U.S. Army intelligence analyst and whistleblower Chelsea Manning, who leaked thousands of classified documents using the privacy software Tor.

Amidst this, Nym’s co-founder George Danezis, also rejoined the project last month after briefly leaving the project to help design Facebook’s digital currency Libra (rebranded Diem). His other company Chainspace that he co-founded, was also acquired by the social media giant.

Starting next year, Nym is also planning to give out grants to independent third-party developers.

Just four months back, Polychain Capital led a $6.5 million investment in Nym, and before that, in 2019, Binance’s VC arm had led a $2.5 million seed investment in the privacy startup.

“Encryption is becoming an incredibly important component of the internet today, and Nym provides privacy at the very bottom layer as a foundation for other private solutions to be built on top,” said Ali Yahya, general partner at Andreessen Horowitz.

The three-year-old Switzerland-based company uses mixnet, where node operators are rewarded with tokens to mix internet traffic and make it harder for adversaries to get information at the highest level, including nation-state level mass surveillance like NSA.

Nym also offers privacy credential services to allow users to only allow access to part of their activity when required without revealing their identity.

Currently operating in test mode, Nym has about 5,000 nodes and 30 validators, with plans to go live at full capacity by the end of this year.

Just last week, the team released a desktop wallet for node operators to pledge their tokens to join the Nym network. In return, they earn more tokens based on their amount and quality of work in mixing the internet traffic. It ensures the quality of services while incentivizing miners for work well done.

These economic incentives, along with mixnet’s potential, according to Halpin, will help Nym “to make privacy real on the scale of the entire internet.”

Besides wallet, the Nym Network also released open-source code for the world’s first Mixnet Explorer, which it defines as an essential tool for decentralized quality control and security auditing.

Additionally, Nym’s tokenomics has been fully coded up and deployed to testnet Milhon, said the team during its weekly developer update.