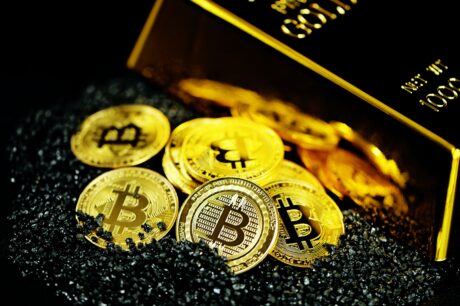 Bitcoin Miner Reserves Grow To Highest Value For The Year

As pointed out by a CryptoQuant post, BTC miner reserve has been going up as miners seem to be waiting before selling.

There are two indicators of relevance here. The first is the “miner reserve,” which is a metric that simply measures the amount of Bitcoin that miners are currently holding in their wallets.

An uptrend of this indicator implies miners are accumulating their coins rather than selling. On the contrary, a downtrend would suggest miners might be dumping their Bitcoin.

The other indicator is the famous “Puell Multiple,” a metric that tells us how profitable miners would be compared to the last year if they sold all their mined coins today.

The Puell Multiple’s value is calculated by taking the ratio between the daily value of issued coins and the 365-day moving average of it.

Now, here is a chart that shows the trend in the value of these BTC indicators over the past few months:

Looks like the value of the miner reserve has been going up recently | Source: CryptoQuant

As you can see in the above graph, the BTC miner reserve seems to be increasing. This value of the indicator is the highest it has been for the year.

Also, the Puell Multiple’s value seems to be around 1.13. Such a low value indicates that miners aren’t finding it that profitable to sell at the current level. This explains the uptrend of the miner reserve as miners are currently holding on to their coins.

So, the Puell Multiple’s current value might mean that Bitcoin is undervalued at the moment. This trend could prove to be bullish for the coin’s price.

At the time of writing, Bitcoin’s price floats around $49.7k, down 12% in the last seven days. Over the past month, the crypto has lost 26% in value.

The below chart shows the trend in the price of BTC over the last five days.

BTC’s price seems to have only moved sideways in the last few days | Source: BTCUSD on TradingView

Since the crash around a week ago, Bitcoin has mostly been in consolidation as the price of the coin looks to be stagnating. Currently, it’s unclear when the crypto might break out of this rangebound market or which direction it will escape in.