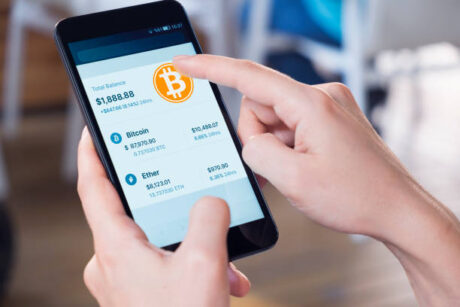 The number of bitcoin active addresses had declined following the September market crash but promptly picked up again in October. At the beginning of December, another dip rocked the market that sent addresses plummeting once more. The number had dropped well below the one million mark for the majority of November and stayed low during the bull rally.

Despite the red trends recorded by the market, the first week of December has proven to be good for the market. The number of bitcoin addresses rose significantly in the last seven days, putting bitcoin well above the one million mark once more.

Related Reading | Majority Of Bitcoin Investors Got In This Year, Says Grayscale

The number of active Bitcoin addresses has climbed above one million multiple times this year. Following the market crash in April, this number had risen to one of its highest points cine January, settling above 1.2 million active addresses. However, the May spike would prove to not last as a sharp decline between June and July brought the number to its lowest point for the year.

This dragged on with the summer lull as the number of active addresses had plunged below 750,000. However, there has been a steady climb in this number all through the rallies that followed with the eventual endpoint landing above one million active addresses. This represents a seven-month high since the decline in June.

The recovery in the number of bitcoin active addresses looks to be following the sell-off trend similar to the May climb. As prices drop, investors are usually taking advantage of this to add to their positions, while those who could not get in because the asset’s price was too high could use the price dips as a perfect entry point into the market.

However, the sell-offs happening in the market could also cause the number of active addresses to decline again as investors offload their holdings on the market.

As the number of bitcoin active addresses has risen, unrealized profits have gone the opposite direction. The last price job brought down unrealized profit to a smaller margin. The Market Value to Realized Value (MVRV) had peaked in October after the bitcoin price rally at 2.82 but has subsequently dropped to 2 in December.

This is not to say that MVRV is sitting at a disadvantaged position as 2 falls into the healthy range given that unrealized profits are down for the month. According to Arcane Research, this means that investors are less likely to sell given that the profit margin for their investments is low.