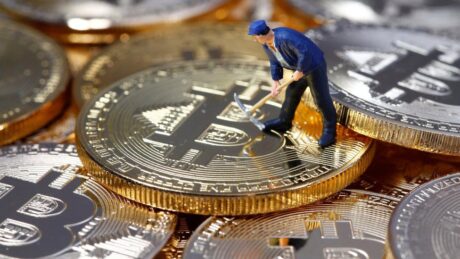 Griid, an Ohio-based Bitcoin self-mining company, is the latest Bitcoin miner to list on the New York Stock Exchange (NYSE). It would go public by merging with Adit EdTech Acquisition Corp at a $3.3 billion enterprise valuation.

Adit EdTech, a Special Purpose Acquisition Company (SPAC), announced the merger in a filing with the United States Securities and Exchange Commission (SEC) Tuesday. The sole purpose of a SPAC is to acquire a private company and make it go public. It is also called a blank check company.

Griid will list on the New York Stock Exchange under the ticker symbol “GRDI” after both parties close the merger, expected by the first quarter of next year. That is, subject to conditions including regulatory approvals and approval of Adit EdTech’s stockholders. Subsequently, the bitcoin mining company will receive about $246 million in cash from Adit EdTech.

According to an investor presentation that Adit EdTech published recently, Griid expects to mine 637 BTC this year. By 2024, the company forecasts up to 24,348 BTC per year.

Speaking on the merger, Trey Kelly, founder and CEO of Griid, said, “We are building an American infrastructure company with the largest pipeline of committed, carbon-free power among public bitcoin miners at the lowest cost of scaled production. Our team has demonstrated a track record of successful execution over the past three years since starting the company, and we look forward to delivering expansion of capacity through this transaction.”

There has been a high rate of both individual and institutional Bitcoin adoption this year. Consequently, mining companies all over the world are going public via SPACs or traditional initial public offerings (IPOs). Last month, Australian Bitcoin miner Iris Energy filed to raise $100 million via a direct listing in the U.S.
Earlier this month, a Singapore-based cryptocurrency miner Bitdeer Technologies announced its plan to list in the U.S. via a $4 billion deal with SPAC Blue Safari Group Acquisition Corp.

Mining In The U.S.

The U.S. has become the number one destination for bitcoin miners, thanks to China’s ongoing crackdown.

About a year ago, China was the market leader in terms of hash rate. However, the crypto crackdown changed that story almost overnight.
Majority of the miners that fled China relocated to America in what was dubbed “the great mining migration.”

Related Reading | Bitcoin Mining In The U.S.: 4 States Attract The Most Miners

This migration resulted in the U.S. becoming a global mining hub. And with the mining machine preorders and hash rate projections for 2022, this will not change anytime soon.