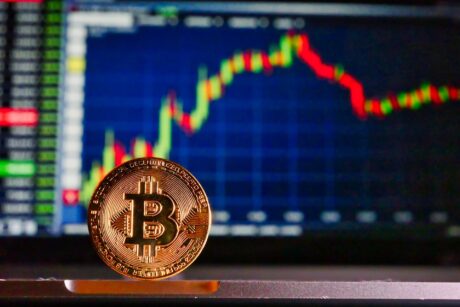 After briefly eclipsing all-time highs on shocking inflation figures, Bitcoin settled down to finish the week with 2% losses as the long-awaited Taproot upgrade was activated

At its peak on Wednesday, Bitcoin flirted with the $69K level. Within a few hours however, fresh fears of an Evergrande-induced financial collapse swept over the market, dragging cryptoassets down alongside the S&P 500. Adding to the blow, the Securities and Exchange Commission then denied another spot Bitcoin ETF application on Friday.

This volatility capped gains in the altcoin market, with most smaller cryptoassets finishing the week in the same place they started. However, Zcash, and Litecoin, which both share DNA with Bitcoin, enjoyed double-digit gains as their big brother got an upgrade.

Known as Taproot, the upgrade will allow for greater levels of privacy, cheaper transaction costs (particularly for more complex transactions), and improved programmability for simple applications such as multisignature schemes.

The additional functionality is expected to accelerate Bitcoin innovation over the coming years, and could boost valuations too. SegWit, Bitcoin’s last major upgrade, took place in August 2017 and was followed by a monster rally that saw prices quadruple.

Ever since legendary investor Paul Tudor Jones said Bitcoin was the “fastest horse in the race”, the cryptoasset been more widely considered an inflation hedge and a viable alternative to gold.

This safe haven appeal was showcased on Wednesday, when Bitcoin bolted out the stable on hot inflation data, leaving gold behind as it surged beyond record highs near $69K.

Although the price fell shortly afterwards on fears of an Evergrande default, Bitcoin’s reaction to the news cemented its newfound role as an inflation hedge. This reflects the view of Bloomberg analysts, who found in a recent study that “the importance of inflation and hedging against uncertainty” have become more important drivers for Bitcoin, “accounting for 50% of price moves in the latest cycle relative to 20% in 2017.”

SushiSwap is a decentralized exchange based on the automated maret market model (AMM), Axie Infinity is a Pokémon-inspired blockchain-based game, and Quant is an enterprise-grade interoperability solution for connecting public blockchains.

Last but not least, Chiliz is the leading blockchain for sports and entertainment — an industry close to eToro’s heart as one of Europe’s biggest football club sponsors.

Note: These new cryptoassets are not yet available in the US.

As Bitcoin consolidates around all-time highs, traders are keenly awaiting a catalyst to tip prices towards $70K, or the much-anticipated meme level of $69,420.

In the week ahead, prices could be buoyed by talk of inflation, which is likely to remain a hot topic amid earnings reports in traditional markets.

Elsewhere, Stellar could be in the spotlight as the altcoin hosts its annual community conference on Wednesday and Thursday.