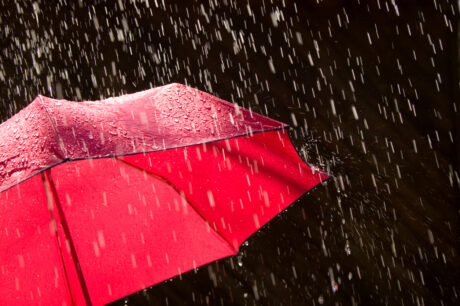 Preview Of The Peak: November Rains Red For Bitcoin Holders

Bitcoin price is struggling to maintain support at $60,000, having fallen more than 15% from the local record set earlier this month.

But could the November rain storm that has resulted in a short-term bloodbath in crypto, be merely the final shakeout before the cycle peak is in? And could past cycles provide a preview of what this sort of scenario looks like? Let’s take a closer look.

History is often said to repeat. Markets are also highly cyclical in their behavior. Within each cycle there are also matching harmonics that appear to rhyme without a ton of reason.

That’s why price action often produces fractals that appear to match patterns from the past. The entire basis of technical analysis is the study of historical chart performance with the goal of predicting future outcomes.

But a current example playing out in Bitcoin price could prove once and for all if there is real weight to the four-year cycle theory based on the cryptocurrency’s hard-coded halving event.

The chart above is a comparison between current day Bitcoin price action and the Relative Strength Index. If the leading crypto by market cap can hold here and rebound to new highs, a bullish divergence will confirm and continue the building parabola.

What’s striking about this setup, is that there is only four days difference between when this same behavior appeared just four years ago. Both times after making new highs, Bitcoin saw a mid-November correction – but what comes next then? Does price action follow the same fractal with a dramatic December finale?

Despite the recent downside, the monthly technical picture began bullish, and could still close as such. But the excitement over new all-time highs to start the month led to too much leverage in the market, which was just cleansed, rinsed, and repeated.

Sentiment has also since swiftly switched, which could draw in enough short positions for a final squeeze higher – much like the abundance of longs led the market back to $60,000. The November selloff in 2017 reversed extremely quickly and only 30 days later saw a 250% price appreciation and the ultimate bull market peak. Is the chart above a chilling preview of what’s to come?

Follow @TonySpilotroBTC on Twitter or join the TonyTradesBTC Telegram for exclusive daily market insights and technical analysis education. Please note: Content is educational and should not be considered investment advice.