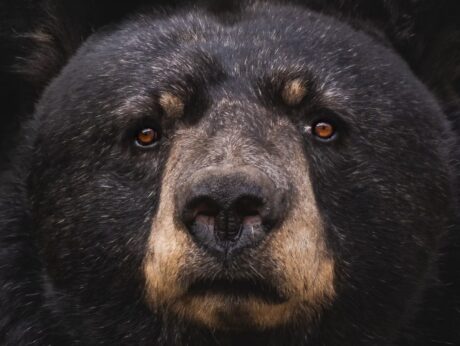 Bitcoin remains range-bound moving around $58,5000 and $60,500 as the general sentiment in the market flips bearish. The benchmark crypto trades at $60,327 with sideways movement in the daily chart.

Only two weeks ago, Bitcoin was blasting through resistance levels in the high around its current levels briefly topping at $69,200. This led to an increase in over-leveraged positions and an increase in funding rates across the BTC derivatives sector that left the market vulnerable to a liquidation cascade.

This event led to this week’s crash and seemed to be mainly driven by two crypto exchanges platforms. BitFinex, popularly known as a place where BTC whale conducts their operations, and Binance apparently processed a lot of selling orders.

Thus, pushing the price of Bitcoin below $60,000 and into the lows of its range. Binance’s selling pressure might have already cool-off, but a single BitFinex operator persists in their relentless pursuit of further downside price action.

Bitfinex trying to drag down price again, actor on multiple books. Caution liquidity getting thin, yet no breakdown yet.

In that sense, pseudonym traders LilMoonLambo replied that the Bitcoin Bitfinex whale dumping “is giving off serious 2014 BearWhale vibes”.

Bitcoin The Epicenter Of A Bear v. Bull Battle

While it’s true that traders and operators could be giving BitFinex too much credit for Bitcoin’s current price action, some indicators have begun to turn pessimists, but still far from “full bear market” mode.

According to Jarvis Labs, BTC’s 30-day Return indicator has dropped below 0%. As seen below, whenever this metric enters the green zone (below 0%) it’s usually an indication of future appreciation. In that sense, Jarvis Labs said:

Time to pay attention if you are a bull and have been looking to buy at cheaper prices. The best times to accumulate in the past year have been when this metric was in the green zone.

Some short-term holders have been shaken out and are selling at a loss, according to Bitcoin’s Wealth Multiplier. Similarly, to the 30D Return, this metric hints at a good place for BTC long-term holders to start accumulating.

Jarvis Labs marks $53,000 as the one level that must hold to continue the bull market. In addition, they want to see negative funding rates across top exchanges before starting a fresh leg up into uncharted territory. The firm said:

Market needed a healthy reset and it has been ongoing this week. Needs a bit more time to cement the bottom and start a massive leg up. Give it some time and be prepared to use the green button.

There is still hope for the bulls as Bitcoin has managed to stay above its critical support with quick buying pressure reacting to fresh decreases. In addition, 52kskew added the following on the alleged influence from Bitfinex whales on Bitcoin: